Skip to content
This post may contain affiliate links. When you purchase through the affiliate links, we earn a small commission at no extra cost to you. For more information, check out our Affiliate Disclosure page.

A lot of parents won’t allow children to drink coffee until they’re almost 20 years old. They think caffeine will adversely affect children. They may be right, as Billy Joel sang. However, my mother never heard that theory, because it’s rumored she put coffee in my bottle when I was a baby.

So, we have worldwide use of a very popular commodity. It tastes incredible, opens the eyes in the morning, and has some interesting uses outside a lovely drink. For example, used coffee grounds add healing properties to homemade sugar scrubs.

Are there different types of coffee bean? Does coffee have a history? What trends has it enjoyed? We’re glad you asked.

The most widespread type of coffee is Arabica.

Arabica is the most widespread type of coffee on the globe. Also known as mountain coffee, Arabica grows wild on mountains in parts of Africa and Asia, especially in Ethiopia. The plants are also found in the islands of the Pacific and Caribbean.

An In-Depth Look At Caffea Arabica

Science has to label everything. It needs to know the family, genus, phylum, and so forth in order to understand a thing right down to its molecular structure. In some cases, this helps to define a thing’s taste and other characteristics.

To be specific, there are over 100 species of coffee around the world. The two most consumed are Caffea Arabica and Caffea Robusta. Arabica is grown differently, which contributes to its body and taste.

Arabica can only be grown at elevations beginning at 2,624 feet up to 7,217 feet. At elevations that high, the flavor and acidity of the bean are assured. The snag to that is that at higher elevations, the growth is slower. This contributes to the rarity of the bean, and it also affects the price of the coffee.

Arabica self-pollinates. Thus, the plant maintains characteristics peculiar to its species. It mutates less, which makes for more consistent growth. Robusta, on the other hand, cross-pollinates. This means the bean has a variety of characteristics, of which flavor is the most important.

What’s Inside An Arabica Coffee Bean?

What you pour out of the coffee pot every morning is the result of multiple chemical reactions. The bean itself is only a seed, inside which rest carbohydrates, water, amino acids, lipids, and caffeine among other properties. Each reacts in their own way to the heat of roasting as well as the water in brewing.

You might wonder, for instance, why there’s an oily film on your cup of joe. The answer is lipids. These constitute the oils in the bean or on the surface of the bean. The oils are responsible for the flavor of the coffee along with how it feels in the mouth after it’s brewed.

The sugar content of Arabica coffee beans makes the drink taste better, leaves a pleasant feeling in the mouth, and, most importantly, the sugar makes the coffee less bitter. As the bean is roasted, the sugar caramelizes. This turns a green Arabica bean into the pretty brown we all know and love.

What about caffeine? The typical cup of java contains 95 mg of caffeine. Decaf contains about three milligrams of caffeine. Experts agree that up to 400 mg of caffeine per day is a safe amount for a healthy adult. This equals around four cups of coffee per day. You’d have to drink ten cans of soda, two energy drinks, or four cups of tea to get the same amount of caffeine.

Pull up a chair and have a coffee. We’re going back to science class for a minute. Arabica coffee and coffee in general contain chlorogenic acid. This is a chemical compound found largely in plant-based diets.

Chlorogenic acid is a polyphenol compound. This is what protects the heart from bad or LDL cholesterols and increasing the good cholesterol or HDL. They’re antioxidants, flavonoids, and carotenoids. Phenols are good for hypoglycemic, hypolipidemic, and anti-inflammatory, among other medical properties.

Long story short, Arabica coffee is good for diabetics. It prevents insulin resistance. It’s good for those on a high fat diet due to its blockage of bad cholesterol. Arabica coffee may even be good at preventing weight gain.

A Short History Of Coffee

Legend has it that an Ethiopian goatherd called Kaldi noticed that his flock was jumpy and wouldn’t settle down to sleep. He tried some of the cherry-like fruits from the bush the goats were sampling. He, too, became excitable and energized.

Kaldi took his discovery to some nearby monks, whose experience with the roasted beans was similar. Word spread, and the Middle East and Arabia began building coffee houses in which to enjoy the brew and talk. Trade with Europe and later America took the Arabica coffee bean all over the globe.

By 1700, the production of the bean was limited to Yemen, but the demand for the drink prompted growers in the Pacific Islands to get into the act. By 1825, Hawaii found itself growing coffee along with several South American countries. 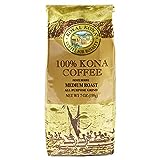 At the end of the 19th and beginning of the 20th centuries, coffee roasting and grinding machines along with cans and jars that were vacuum-sealed were invented. This made coffee more accessible to the masses, not to mention the invention of instant coffee. If rock and roll is here to stay (thanks, Neil Young,) then so is coffee.

While you’re perusing the food trucks, take notice of the one selling coffee. As small cafes and restaurants close in a Covid-limited world, small coffee cafes are opening. Coffee subscription businesses are doing a landmark business. Drive-through coffee is available to those on the go. Canned and bottled coffee, healthy coffee drinks, and craft coffees are trending now.